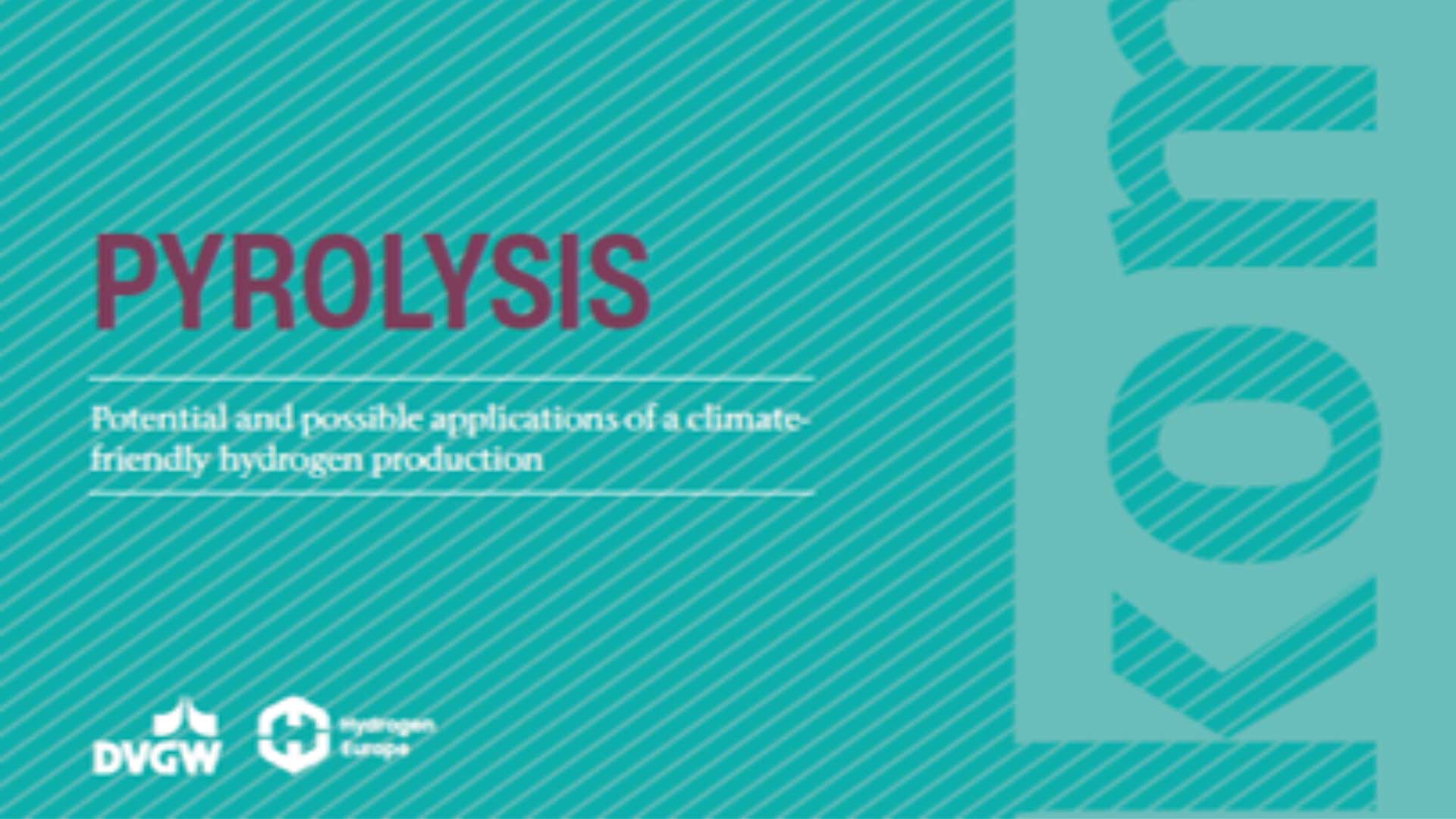 During the European Hydrogen Week, Hydrogen Europe published its latest report entitled Pyrolysis: Potential and possible applications of a climate friendly hydrogen production, in collaboration with the German Technical and Scientific Association for Gas and Water (DVGW).

The report is a comprehensive A to Z on pyrolysis, from discussion surrounding the basic concept to its advantages compared with more traditional methods of hydrogen production. The report is filled with contributions and interviews with experts around the market and is a thoroughly collaborative product. Professionals up and down the value chain share their perspectives on the needs of the hydrogen market in the context of European decarbonisation, and how pyrolysis – and other thermochemical conversion processes, such as thermolysis and gasification – can contribute to it.

In the pyrolysis process, methane (CH₄) is separated directly into hydrogen and solid carbon at very high temperatures. The resulting solid carbon has many subsequent use applications. Hydrogen produced from pyrolysis, known as “turquoise” hydrogen, provides another avenue for hydrogen with bona fide “clean” credentials, as the CO2 is not emitted into the atmosphere as a gas and can in fact be reused.

The report argues for a technology-neutral approach to hydrogen, which will provide airtime to lesser-known production methods like pyrolysis and allow their development and contribution to the energy transition.

Stephen Jackson, Chief Market & technology Officer at Hydrogen Europe, said: “We are extremely proud of the work put into this report covering a fascinating and until now undervalued portion of the hydrogen value chain. Turquoise hydrogen made from pyrolysis is a clean and cost-effective production method that, if properly exploited, can play an important role in growing the hydrogen market and achieving our energy-transition goals.”