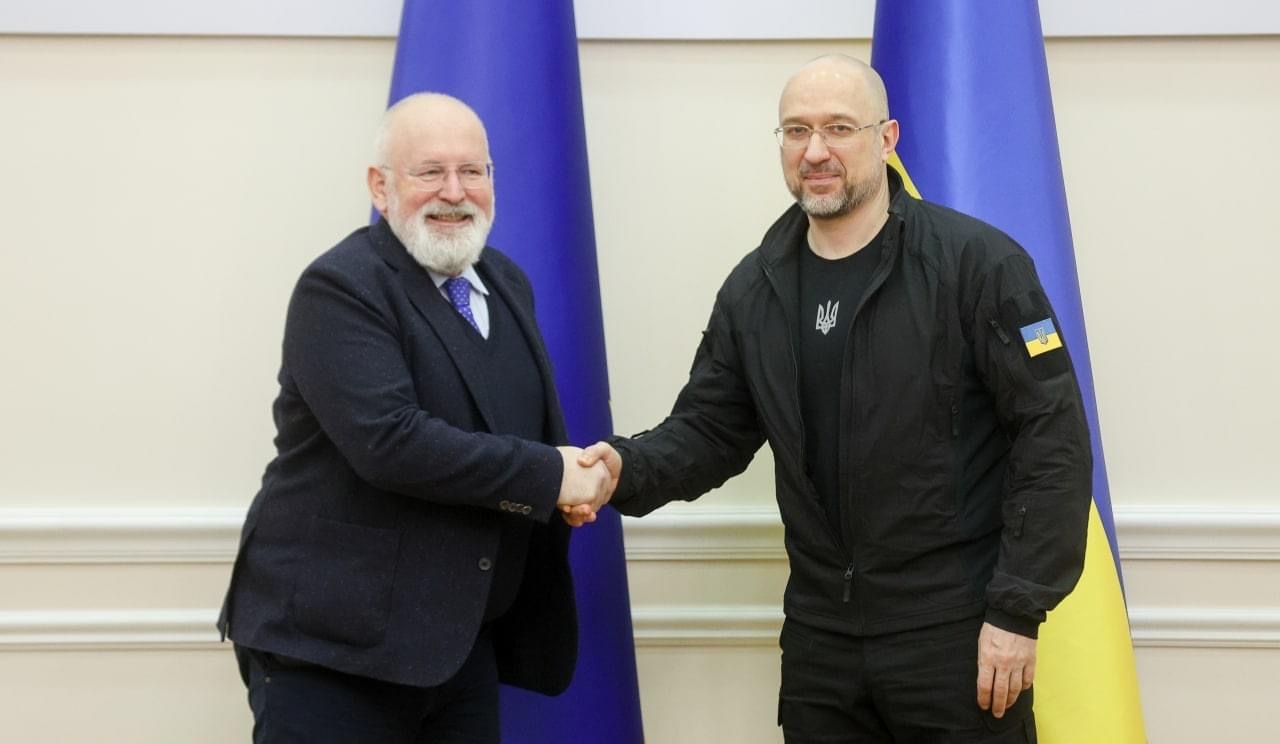 European Commission Vice President Mr Frans Timmermans and the Prime Minister of Ukraine, Denis Shmyhal, recently met to discuss energy resilience in Ukraine and its post-war prospects as a stalwart of the European Green New Deal.

The two agreed that the reconstruction of Ukraine should be based on the principles of the Green New Deal, with Ukraine boasting significant renewable energy resources that can be used to reduce its – and Europe’s – dependence on Russian fossil fuels. A memorandum is expected to be signed soon that will reflect these aims.

Together with representatives from Europe’s hydrogen and energy sectors, a proposed 10-point plan, the Timmermans Recovery Plan, has been devised to guide the rebuilding of Ukraine with a focus on its renewables and nuclear potential, as well as its ability to become a major actor in the hydrogen space.

Jorgo Chatzimarkakis, Hydrogen Europe’s CEO, said “The Timmermans Recovery Plan will be a guiding light under which Ukraine can rebuild as a prosperous, energy secure nation and become a key contributor to the European energy mix. With excellent renewable energy resources and an already robust gas and ammonia network, Ukraine is poised to reclaim its future free from dependencies.”

Oleksander Riepkin, President of the Ukrainian Hydrogen Council, said “Ukraine has huge potential to become one of the strategic sources of hydrogen in its pure form, via its carriers or embedded in products for the EU.”